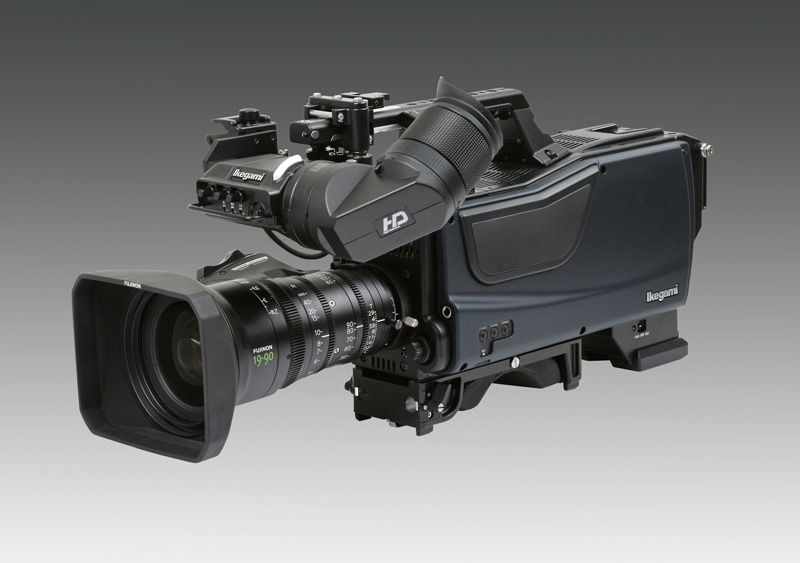 SHK-810 camera technology from Ikegami, developed in cooperation with NHK, was chosen by BT Sport for a pioneering live 8K demonstration at the 2019 International Broadcasting Convention. Viewers on the BT stand at IBC were able to watch live coverage of the Premiership Rugby 7s tournament taking place in Northampton, England. With four times the resolution of 4K, 8K captures an unsurpassed level of image Detail.

"Having developed the world’s first 8K hand-held broadcast camera system, we are now excited to have helped realise one of the world’s first live 8K broadcasts," says David Lieven, Sales Engineer, Broadcast & Professional Video Division, Ikegami. "The BT demonstration proved the practicality, robustness and excellence of 8K as a format that can deliver a level of detail comparable with being present at the actual event. Sport continues to be a strong driver in the push to achieve the best possible viewing experience, evidenced by the recently announced BT Sport Ultimate channel which combines UHD, HDR and higher-than-ever audio quality."

Ikegami's fourth generation 8K camera, the SHK-810 is a portable model notable for the significant size reduction and lightweight design that it brings to field and live production, operating with the same ease as current broadcast cameras. It employs a 33 million pixel Super 35 mm CMOS sensor with a PL lens mount, achieving a horizontal resolution of 4000 TV lines. Built-in back focus adjustment is included for PL-mount lenses without shims.

The camera delivers uncompressed SuperHiVision (SHV) dual green SDI to the CCU at 40 gigabits per second. Standard SMPTE hybrid optical/electrical cable connects between the camera head and CCU, including support for portable and studio viewfinders. Camera head and CCU can be up to 1 km apart. The CCU outputs 8K, 4K and 2K as well as providing two 4K or four HD return feeds to the camera head. The camera can be locked via the CCU to tri-level sync or VBS.